ENVIRONMENTALIST, ENTREPRENEUR, AUTHOR AND ACTIVIST AND FOUNDER OF PROJECT DRAWDOWN.

Paul Hawken is an environmentalist, entrepreneur, author and activist who has dedicated his life to environmental sustainability and changing the relationship between business and the environment. He is one of the environmental movement’s leading voices, and a pioneering architect of corporate reform with respect to ecological practices. His work includes founding successful, ecologically conscious businesses, writing about the impacts of commerce on living systems, and consulting with heads of state and CEOs on economic development, industrial ecology, and environmental policy. For his full Bio, see below: –

Paul tailors each presentation to the needs of his audience and is not limited to the topics listed above. Please ask us about any subject that interests you and we can check this directly.

Like in EU, America’s cities can lead the way on climate action while we wait for the federal government to catch up

Like in EU, America’s cities can lead the way on climate action while we wait for the federal government to catch up 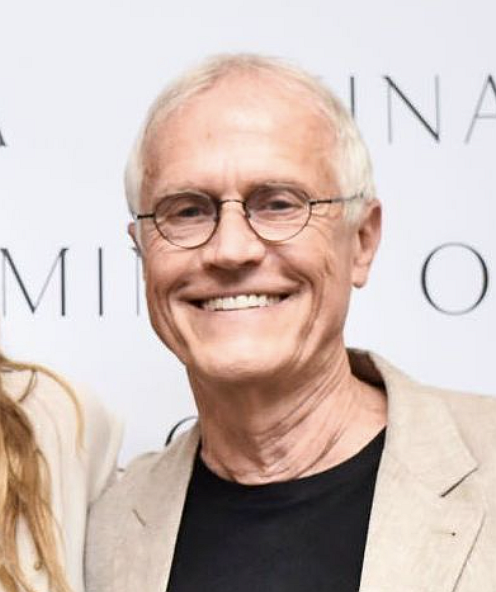 Paul has appeared in numerous media including the Today Show, Bill Maher, Larry King, Talk of the Nation, Charlie Rose, and has been profiled or featured in hundreds of articles including the Wall Street Journal, Newsweek, Washington Post, Business Week, Esquire, and US News and World Report. His writings have appeared in the Harvard Business Review, Resurgence, New Statesman, Inc, Boston Globe, Christian Science Monitor, Mother Jones, Orion, Libération, and other publications.

Paul authors articles, op-eds, and peer-reviewed papers, and has written eight books including five national bestsellers: The Next Economy (Ballantine 1983), Growing a Business (Simon & Schuster 1987), and The Ecology of Commerce (HarperCollins 1993) Blessed Unrest (Viking, 2007), and Drawdown, The Most Comprehensive Plan Ever Proposed to Reverse Global Warming (Penguin). The Ecology of Commerce was voted as the #1 college text on business and the environment by professors in 67 business schools. Natural Capitalism: Creating the Next Industrial Revolution (Little Brown, September 1999) co-authored with Amory Lovins, has been read and referred to by several heads of state including President Bill Clinton who called it one of the five most important books in the world during his tenure as President. His books have been published in over 50 countries in 30 languages. Growing a Business became the basis of a 17-part PBS series, which he hosted and produced. The program, which explored the challenges and pitfalls of starting and operating socially responsive companies, was shown on television in 115 countries and reached more than 100 million people. Paul co-authored and edited Drawdown in collaboration with its extraordinary research team. He is currently writing Carbon, The Business of Life, to be published by Penguin RandomHouse.

Paul has founded several companies, starting in the 1960s with Erewhon, one of the first natural food companies in the U.S. that relied solely on sustainable agricultural methods. He went on in 1979 to co-found Smith & Hawken, the retail and catalog garden company. In 2009 Paul founded OneSun, an energy company focused on ultra low-cost solar based on green chemistry and biomimicry that is now known as Energy Everywhere.

In 1965, Paul worked with Martin Luther King Jr.’s staff in Selma, Alabama prior to the historic March on Montgomery. As press coordinator, Paul registered members of the press, issued credentials, gave updates and interviews on national radio, and acted as a marshal for the final march. That same year, he worked in New Orleans as a staff photographer for the Congress of Racial Equality, focusing on voter registration drives in Bogalusa, Louisiana and the panhandle of Florida, and photographing the Ku Klux Klan in Meridian, Mississippi, after three civil rights workers were tortured and killed. In Meridian, he was assaulted and seized by Klan members, but escaped due to FBI surveillance and intervention. Paul has spoken, conducted research, and traveled extensively throughout the world, undertaking journeys into insurgent-held territories of Burma to research tropical teak deforestation, as well as a 1999 humanitarian/photojournalistic trek to war-torn Kosovo .

Paul has served on the board of many environmental organizations including Point Foundation (publisher of the Whole Earth Catalogs), Center for Plant Conservation, Conservation International, Trust for Public Land, Friends of the Earth, and National Audubon Society. He has received numerous awards and recognitions, including: Green Cross Millennium Award for Individual Environmental Leadership presented by Mikhail Gorbachev in 2003; World Council for Corporate Governance in 2002; Small Business Administration “Entrepreneur of the Year” in 1990; Utne “One Hundred Visionaries who could Change our Lives” in 1995; Western Publications Association “Maggie” award for “Natural Capitalism” as the best Signed Editorial/Essay” in 1997; Creative Visionary Award by the International Society of Industrial Design; Design in Business Award for environmental responsibility by the American Center for Design; Council on Economic Priorities’ 1990 Corporate Conscience Award; Metropolitan Magazine Editorial Award for the 100 best people, products and ideas that shape our lives; the Cine Golden Eagle award in video for the PBS program “Marketing” from Growing a Business; California Institute of Integral Studies Award “For Ongoing Humanitarian Contributions to the Bay Area Communities”; Esquire Magazine award for the best 100 People of a Generation (1984). In 2014 he was named one of the three Pioneers of Sustainability along with Professors Peter Senge and Michael Porter. Paul has received six honorary doctorates. In 2019, the National Council for Science and the Environment granted him a Lifetime Achievement Award on Science, Service, and Leadership.