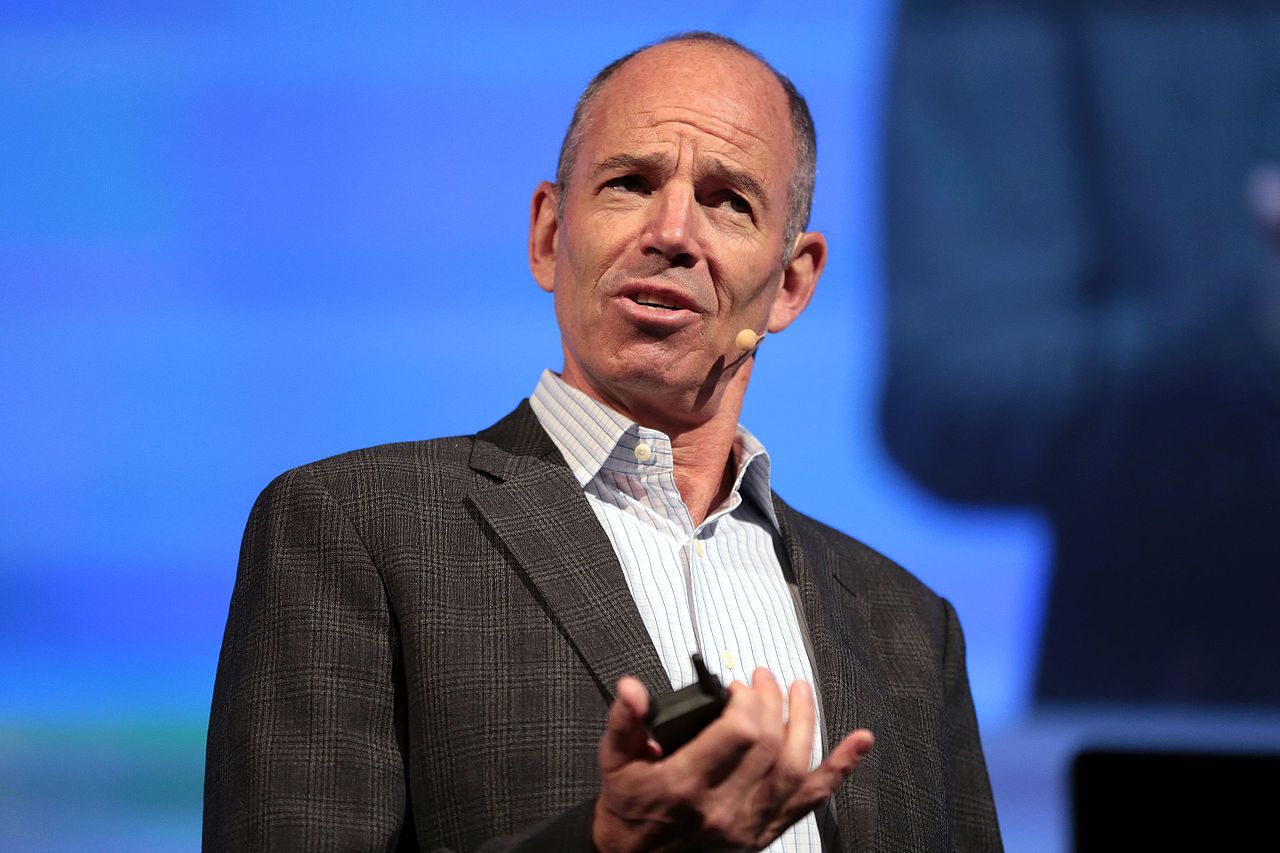 This is a great video interview with Marc Randolph by Laura Schreffler at Haute Living and a an abstract of some of the conversation below.

​Netflix is the one thing getting people through this quarantine (that and banana bread). How does it feel to be one of the people responsible for starting something that’s this powerful in a time of need?

I have been reflecting on the positive contribution Netflix is making now. You’ve got to understand that in many ways my biggest or most well know achievement in life was developing this way of having people spend more time in front of a screen, which I’m not quite sure how I should feel about. Now of course that I get so many notes from people saying this is one of the things helping people cooped up inside—especially those being copped up with small children—and it’s a way to bring these families together and pass the time. I feel quite a bit of pride having helped develop something that’s helping people in this difficult time.

What do you want to accomplish?

‘I’ve been doing keynotes speaking for years, where I go and get in front of an auditorium and get three or four thousand people and get to spend an hour with them and of course you don’t change a thousand people’s lives very much in an hour, maybe a little bit if I’m lucky, and then of course I  wrote the book so now I get to spend twelve or thirteen hours with somebody and I have the people that I mentor which is only a handful of people but I spend hundreds of hours with them and I am coming to realising how do I take the things that I have learnt, how do I scale that? How can I be more effective at helping other people to unlock their potential that I believe everybody has’.

Do you ever have any regrets [about stepping down as Netflix’s CEO]?

Zero regrets. Or one regret in a thousand non-regrets. In some ways would it be fun to still be sitting around the table at Netflix and solving these really interesting programs? Absolutely. I learned something about myself quite a long time ago: Which are two things. What do you like doing and what are you good at? The reality is for me, they’re the same thing. They’re early stage companies. I love when companies are new, when the problems are all new… As Netflix grew and became more successful, less and less of it was start-up-y… I realized the things that I loved was doing start-ups. For the last 15 years I’ve gone back to doing the thing that I love doing—and quite frankly—I’m pretty good at it. No regrets. And especially now when most of what I spend my time on is mentoring other early-stage entrepreneurs. I spend my time solving problems, but I get to go home at night. I get to pursue my other outside interests. I’m the most fortunate guy you’re ever going to meet.

Would you say that having a strong team around you is the secret to success?

There’s no question about it. One of the reasons that I wrote That Will Never Work is to tell this behind-the-scenes story of Netflix. That it was not something that springs out of one person’s mind in some moment of inspiration like Newton under the apple tree… These are ideas that are the contributions of dozens of people… all contributing something different. I wanted to show that it was a team who built Netflix… Ultimately, that’s all you really have is the people. The culture is so important, why how you treat people is so important which is why who you pick to have around you is so important.

What is the best piece of business advice that you can impart?

Start. That can be implied two different ways… Most people have these ideas… and we do the thing that is second nature, we keep them nestled in these safe, warm parts of our brains… But the world is a much harsher reality and too many people are scared to take these ideas when they feel like they’re not fully formed and put them out there. But you have to put them out there… The biggest problem people have is they don’t start and if you don’t start, of course you never get anywhere. People who are in business now have started and are trying things but almost universally they wait too long… What I realized is that almost universally that preparation time is wasted. I’ve never seen someone take their idea and put it out into the world too soon.

What would you say is the most important takeaway from “This Will Never Work”?

What I want people to say is what really goes on at a start-up, that this is not about getting rich, not about getting famous, not about being on Shark Tank. I wanted to create a real picture of what it feels like to take a crazy idea that no one thought would work—that my wife didn’t think would work—and that somehow through perseverance and creativity, you finally find a way to make it successful. It’s not easy; there are tiers, you have to fire people that have worked for you selflessly for years; there are times where you’re almost out of business; there’s people slamming the door in your face, but somehow, god that’s fun.