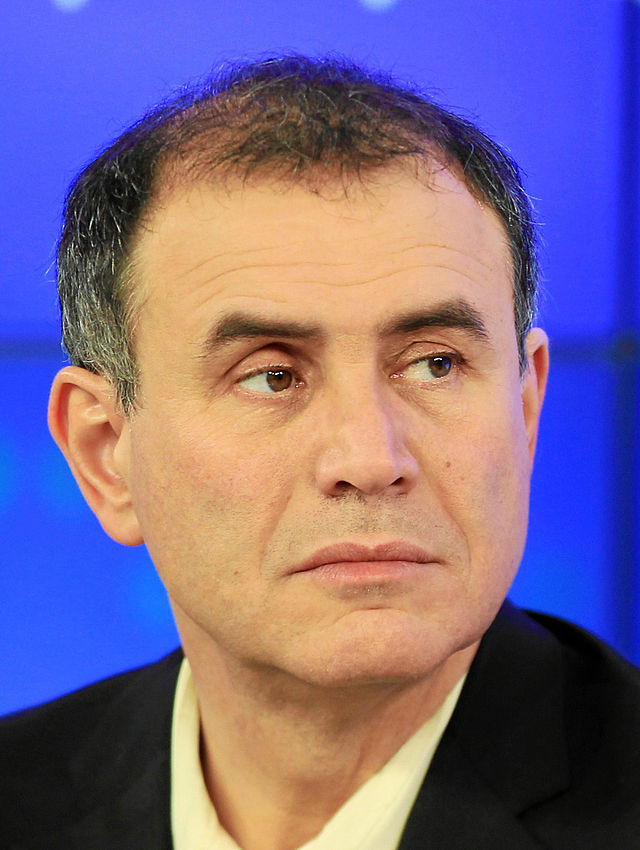 Now that Russian President Vladimir Putin has launched a full-scale invasion of Ukraine, we must consider the economic and financial consequences of this massive historic development.

The Ukraine war is not just another minor, globally inconsequential conflict of the kind seen in recent decades. This is a major escalation of Cold War II, in which four revisionist powers – China, Russia, Iran, and North Korea – are increasingly challenging the long global dominance of the United States and the Western-led international order that it created after World War II.

The risk now is that markets and political analysts will underestimate the implications of this global regime shift. By the close of the market on February 24 – the day of the invasion – US stock markets had risen in the hope that the war would slow down rate hikes by the US Federal Reserve. Yet in terms of the broader economy, a global stagflationary recession is now highly likely.

Analysts are asking themselves if the Fed and other major central banks can achieve a soft landing from this crisis and its fallout. Don’t count on it. The war in Ukraine will trigger a massive negative supply shock to the global economy, reducing growth and further increasing inflation at a time when inflation expectations are already becoming unanchored.

The short-term financial market impact of the war is already foreseeable. In the face of a massive risk-off stagflationary shock, global equities may move from the current correction range (negative 10 per cent) into bear market territory (negative 20 per cent or more).

Safe government bond yields will fall for a while and then rise after inflation becomes unmoored. Oil and natural gas prices will spike further – to well above US$100 per barrel – as will many other commodity prices as both Russia and Ukraine are major exporters of raw materials and food. Safe haven currencies such as the Swiss franc will strengthen, and gold prices will rise further.

The economic and financial fallout from the war, and the resulting stagflationary shock, will of course be largest in Russia and Ukraine, followed by the European Union, owing to its heavy dependence on Russian gas. But the US will suffer, too. Because world energy markets are so deeply integrated, a spike in global oil prices – represented by the Brent benchmark – will strongly affect US crude oil or West Texas Intermediate, prices.

Yes, the US is now a minor net energy exporter; however, the macro-distribution of the shock will be negative. While a small cohort of energy firms will reap higher profits, households and businesses will experience a massive price shock, leading them to reduce spending.

Given these dynamics, even an otherwise strong US economy will suffer a sharp slowdown, tilting towards a stagflationary growth recession. Tighter financial conditions and the resulting effects on business, consumer, and investor confidence will exacerbate the negative macro consequences of Russia’s invasion, both in the US and globally.

Likewise, the coming sanctions against Russia – however large or limited they turn out to be, and however necessary they are for future deterrence – inevitably will hurt not only Russia but also the US, the West, and emerging markets. Moreover, one cannot rule out the possibility that Russia will respond to new Western sanctions with its own countermeasure: namely, sharply reducing oil production in order to drive up global oil prices even more.

Such a move would yield a net benefit for Russia so long as the additional increase in oil prices is larger than the loss of oil exports. Putin knows that he can inflict asymmetrical damage on Western economies and markets, because he has spent the better part of the last decade building up a war chest and creating a financial shield against additional economic sanctions.

A deep stagflationary shock is a nightmare scenario for central banks, which will be damned if they react, and damned if they don’t. In an environment of rising inflation where central banks are already behind the curve, slower policy tightening could accelerate the de-anchoring of inflation expectations, further exacerbating stagflation. But if central banks remain or become hawkish, the looming recession will become more severe.

Although central banks should confront the return of inflation aggressively, they most likely will try to fudge it, as they did in the 1970s. They will argue that the problem is temporary, and that monetary policy cannot affect or undo an exogenous negative supply shock. When the moment of truth comes, they will probably blink, opting for slower monetary tightening to avoid triggering an even more severe recession. This will further de-anchor inflation expectations.

Politicians, meanwhile, will try to dampen the negative supply shock. In the US, policymakers will try to mitigate the rise in gasoline prices by drawing down its Strategic Petroleum Reserves, and by nudging Saudi Arabia to increase oil production.

But these measures will have only a limited effect, because widespread fears of further price spikes will result in global energy hoarding. Nor can Western leaders rely on fiscal policy to counter the growth-dampening effects of the stagflationary shock.

For one thing, the US and many other advanced economies are running out of fiscal ammunition, having pulled out all the stops in response to the COVID-19 pandemic. More to the point, a fiscal (demand) stimulus is the wrong policy response to a stagflationary supply shock. Though it may reduce the negative growth impact of the shock, it will add to inflationary pressure.

And if leaders rely on both monetary and fiscal policy in responding to the shock, the stagflationary consequences will become even more severe, owing to the heightened effect on inflation expectations.

It is tempting to think that the Russia-Ukraine conflict will have only a minor and temporary economic and financial impact. After all, Russia represents merely three per cent of the global economy, and Ukraine much less. But the Arab states that imposed an oil embargo in 1973, and revolutionary Iran in 1979, represented an even smaller share of global GDP than Russia does today.

Putin’s war will strike a massive blow to global confidence at a time when the fragile recovery was already entering a period of uncertainty and rising inflationary pressures. The knock-on effects from the Ukraine crisis will be anything but transitory.

If you are interested in hearing more from Nouriel Roubini or other experts on Russia and the Ukraine. Contact us directly.