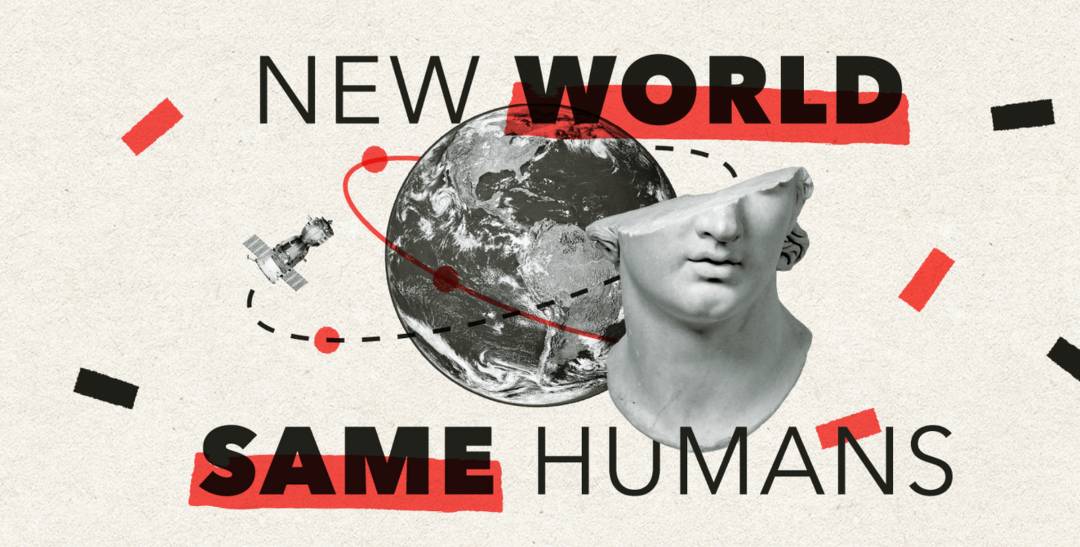 A view on Apple according to David Mattin

Steve Jobs liked intersections. Specifically, he liked to tell the world that Apple was a special company because it was uniquely positioned at the intersection of technology and the liberal arts. The phrase became famous; part of the stellar brand that the company has projected into the world since Jobs returned to it in 1996.

In 2021, something is happening at the intersection of transparency, internal culture, and brand. And across the last few months, this phenomenon has sent shockwaves through the company Jobs founded. The phenomenon isn’t new. But changes associated with the pandemic are supercharging it, and making powerful new implications visible for the first time.

This shift acts on all organisations, from the small to the mighty. It’s about how they function, how they’re perceived, and how they must change if they’re to survive.

In the end, it’s about the white hot revolution that is a transparent world.

First, some background; for the full story here read the article in The Verge.

Apple has always been a famously secretive company. Employees sign NDAs when they join, and are essentially forbidden from speaking about Apple in public. Send a tweet about the company and you’ll find yourself summoned by management for a talk.

This strict secrecy fuelled the customer ‘surprise and delight’ that so obsessed Steve Jobs. And given Jobs’s notorious control freakery, it’s no surprise that a secrecy-control imperative runs through not just Apple’s dealings with the outside world, but its entire culture. Apple staff work on a need-to-know basis, and within strict internal silos. At the Cupertino HQ employees are given passes that open only the doors they need. The structure is command-and-control, with a clear demarcation between those who make decisions and those who implement them.

TL;DR: we set the culture, you work in it.

It’s a culture made to fuel ruthless efficiency. But now, cracks are appearing.

At the heart of this story is Slack. Apple started using the tool back in 2019; then the pandemic struck, and much internal communication shifted to the platform.

The first glimpses of what lay ahead came in May of this year, when Apple hired the product manager and Twitter carnival barker Antonio García Martínez. Martínez is the author of an inside Silicon Valley memoir published in 2016, and some Apple staff took to Slack to share their belief that the book is misogynistic. Martínez was later fired.

Insiders say the Martínez episode started something. In its wake, staff began using Slack to organise around a range of issues. In a #women-in-swe channel, female staff voiced concerns that Apple tolerates gender discrimination. A channel sprang up to discuss pay; in August Apple shut it down. Meanwhile, Slack has also hosted an ongoing argument between management and staff about the company’s policy on return to the office.

These debates have encompassed thousands of Apple staff. What’s more, they haven’t stayed inside the company. An internal letter from employees to management on remote work ended up being leaked. Emboldened by the peer support they’ve found on Slack, some Apple staff have turned their concerns over pay and discrimination into high-profile Twitter threads.

Facebook and Google have both experienced public staff dissent in recent years. But for Apple, this is new. For that reason it has something of the feeling of a magic spell being broken. The Cupertino wonderland that dropped a series of magic products in the early 2000s turns out to be just another real place, full of familiar human conflicts.

Once you see that – whether you’re staff, or a customer – you can’t unsee it.

Why does all this matter beyond the walls of Apple?

Internal culture is now brand: that’s a profound shift that any 21st-century organisation must accommodate. The Apple story makes it clear, though, that this shift is being accompanied by another of equal magnitude.

In short, a connected world shatters the kind of traditional, secretive, and hierarchical culture that Apple perfected in the early 2000s. New workplace connectivity tools such as Slack and Facebook Workplace empower staff in new ways. Once connected by these platforms, they’re able to break silos, swap stories, and challenge decisions. Along the way they can discover shared grievances, and join the dots so that apparently isolated incidents are revealed to be connected examples of systemic cultural failure.

The way this process has played out on Slack inside Apple is reminiscent of the way Twitter facilitated the #MeToo movement back in 2017. In both cases, a social platform gave rise to the emergence of new, distributed movements for change. Just as with #MeToo, once Apple staff corroborated each other’s experiences, they then felt able to come together and speak with one voice. Issues that had remained submerged for years were brought above water. Different movements; same social dynamics.

In even the most traditional organisations, remote and hybrid work is pushing ever-more internal comms into tools such as Slack. As that happens, the dynamics I’m describing will become more commonplace. Top-down, secretive, siloed cultures – and that describes the culture in most corporations to a greater or lesser degree – will become increasingly dysfunctional and hard to sustain.

The boundaries that separate one department from another, the workers from the managers, and even the organisation from the outside world, are all fading away. What’s left is one truth, which everyone can see.

There are good reasons most corporations are somewhat siloed, secretive, and top-down. It helps them to get stuff done, stay ahead of competitors, and surprise customers.

So in this new world I’m describing, where do organisations go next?

One thing is already becoming clear: in the 21st-century, organisations can’t fight the force that is transparency. Instead, they must find ways to ride it. At heart, that will be about embracing the new empowerment of employees.

This will mean inverting several of the practises exemplified by Apple. Instead of a regime of silence, staff should be empowered to conduct an ongoing conversation with one another about internal culture, processes, goals, and more. That conversation must be allowed to shape the company’s future. Of course there will still need to be leaders, and decisions. But in a truly connected organisation the imposition of culture starts to become impossible. Decisions are far more likely to be accepted – and, as it happens, to be of a high-quality – if they emerge from an inclusive internal conversation.

Meanwhile, instead of imposing a code of secrecy on staff they should be encouraged to share as much of this conversation as possible with the public. Here, organisations must face a harsh reality. In a transparent world the public are going to see your internal culture whether you like it or not. Do you want them to catch ever-more revealing glimpses of a culture of diktat and grievance, as is happening now with Apple? Or do you want them to be welcomed, via staff empowered to share across social platforms, into a culture that is vibrant, open, and enthusiastic, despite its imperfections?

The future of work expert Nick deWilde has talked about the rise of what he calls the Platform Brand, and points to the way education startup On Deck encourage staff to take to Twitter to share their journey inside the company and ramp up excitement for its offerings.

This is brand in the age of the Glass Box. And pretty soon, every company will have to embrace some version of it.

The transformation taking place at the intersection of transparency, internal culture, and brand is powerful. And its implications run deep; this (already too long) instalment can only act as the briefest of introductions.

But it’s already clear that the kind of culture prized by Jobs – secretive, siloed, hierarchical – is becoming anachronistic.

It would be easy simply to cheer this shift, and believe we’re moving towards something more enlightened. But don’t forget: for decades, Apple worked. It’s culture, however flawed, fuelled the creation of products that not only generated huge profits but also transformed our lives.

How do we build organisations that can have a transformative impact in a Glass Box world? That’s a world in which staff are empowered to organise as never before. Where the boundaries that controlled information flows – both inside the organisation and through the organisation’s walls – are fading away. And where the balance of power between capital and knowledge-labour is amid profound change.

We’re only starting on the journey to find answers.

This piece has been written by Mr David Mattin. If you are interested in learning more about David subscribe to his newsletter here.