EXPERT ON LEADERSHIP AND HAPPINESS AND HEAD OF RAO INSTITUTE

Videos:
TED – Plug into your hard wired happiness
Srikumar Rao: ‘To Become an Inspiring Leader Don’t Even Try’ | Inc. Magazine
How To Manage Expectations In Our Pursuit of Happiness | Srikumar Rao – Advice regarding COVID-19

Topics:
1) How to be an inspiring leader
2) How to reduce stress in your life by 80% and possibly eliminate it entirely
3) How to effortlessly build a network of deep and long lasting relationships
4) How to be happy
5) How to be resilient

These are topics that have proven valuable to customers in the past and are meant only to suggest Srikumar’s range and interests. Srikumar tailors each presentation to the needs of his audience and is not limited to the topics we have listed above. Please ask us about any subject that interests you; we are sure that we can accommodate you.

He has spoken to audiences in more than 50 nations and is sensitive to culture and multi-language challenges. Srikumar likes to engage closely with clients in the event preparation and will be delighted to discuss with you personally at an early stage any “future” topic or theme that interests you. Srikumar also offers fully customised half day, one and two-day programs.

Books:
Are you ready to succeed?
Happiness at work

How To Manage Expectations In Our Pursuit of Happiness | Srikumar Rao 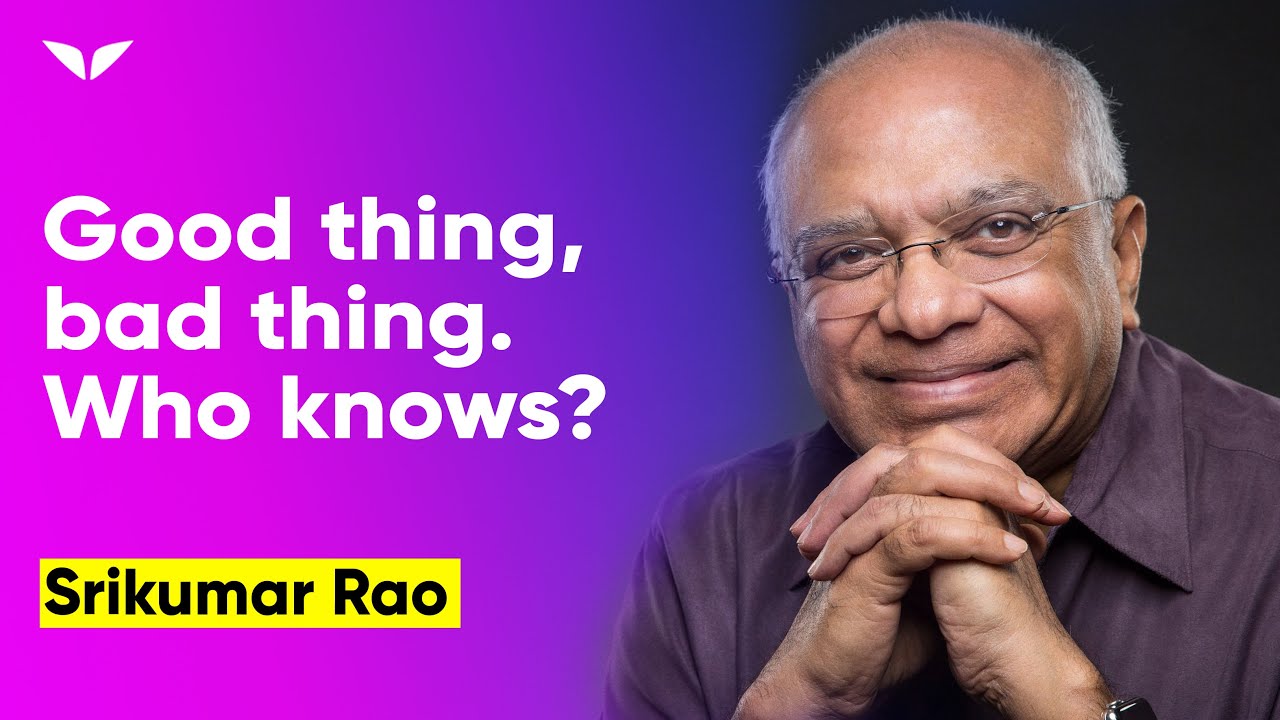 Dr. Rao has helped myriads of executives all over the world discover deep meaning and quantum leaps in effectiveness. Participants have become more creative, inspiring leaders. He has done pioneering work in motivation and superior mental operating systems. Leaders have experienced exponential jumps in productivity. His work has been covered extensively by NY Times, Wall Street Journal, London Times, the Independent, Time, Financial Times, Fortune, Forbes, Business Week and more. Dr. Rao is the author of “Are You Ready to Succeed: Unconventional Strategies for Achieving Personal Mastery in Business and Life,” and “Happiness at Work: Be Resilient, Motivated and Successful – No Matter What.” Both are business bestsellers. His talks are hosted by many, including TED.com and Thinkers 50. He has spoken before executives of Microsoft, Google, Merrill Lynch, McDonald’s, Chubb, IBM, United Airlines, and more. He is a contributing editor for Forbes and writes regularly for Inc.com and CEO.com.

Dr. Rao has authored two books, Are You Ready to Succeed and Happiness at Work, as well as the audio course The Personal Mastery Program, both of which are bestsellers and have been translated into a number of languages. He has received wide media coverage and acclaim, including features in The New York Times, The Wall Street Journal, The London Times, The Independent, Time, Financial Times, Fortune, Business Week, The Guardian, and Forbes; he has also been a speaker for TED, Leading@Google, and Thinkers 50 interview. Dr. Rao has been a contributing editor for Forbes and a featured author for many other publications.

Dr. Rao received his Ph.D. in Marketing from Columbia University, and worked as an executive for Warner Communications, Continental Group, Data Resources and McGraw Hill.